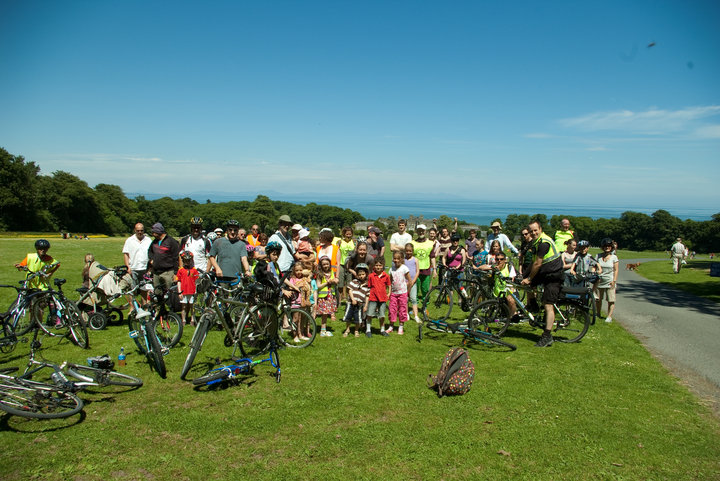 After years of underfunding, there are now many initiatives and, perhaps even more important, funds coming from local authorities, national governments, and the EU. They all seek to encourage more cycling and walking. The current Programme for Government, puts a lot of emphasis on active travel. This year Fingal County Council is expected to appoint 18 additional Active Travel staff and we will also see decision being taken on the route of the Fingal Coastal Way Greenway which will run from Newbridge House, Donabate to Balbriggan.  No matter what perspective you take, be it health, climate, air quality or general wellbeing, there is a lot to be gained from more people doing more trips, more often by bike!

This is happening along Fingal’s coast:

So what is needed for Skerries?

While the Greenway running along the coast will be a wonderful amenity, in itself this is not enough to make Skerries a town that is active-travel-friendly for all.
Active cyclists need also to be cycling activists. We need to establish what would be best in our town, and to communicate that clearly to the relevant people in Fingal County Council. A strategic, focused, organised approach is very important for this.
And we can only achieve that approach if we are an active, functioning group that meets regularly. A group that talks through the issues and agrees actions.
Encouraged by the recent increase in cycling, and by the overwhelming public support for active-travel measures, we have decided to get the wheels of Skerries Cycling Initiative back into full swing. Now is the perfect time to join us and become an active member!

Skerries Cycling Initiative (SCI) established in 2007 is a voluntary group working for the improvement of cycling and walking conditions in and around Skerries. SCI is a committee of the Skerries Community Association and is also a member group of Cyclist.ie the national umbrella organisation for cycling advocacy groups in Ireland.
We want to improve conditions for those cycling and walking to work or to the shops; those who tour the area by bike; those who get to school or to a friend’s house on two wheels; sports cyclists, leisure cyclists…. really, anyone who gets on a bike, be it because they want to or because they have to. And also those who don’t cycle (yet) but would love to, if it was easier and / or safer.

How you can get involved