On behalf of the SCA, I would like to take this opportunity to thank everyone involved in the Giro D’Italia transit through Skerries. 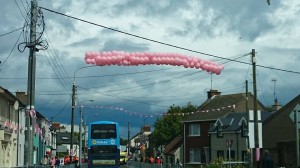 I would like to thank all the Fingal Councillors and those running in the European election for their support in making the route through Skerries poster free. I would also thank all the volunteers for their hard work before, during and after the event.

For the contribution made by Skerries Community Centre to the Cycle against Suicide event, a big thank you. 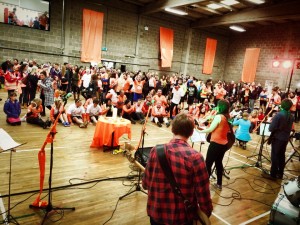 To An Garda, Fire Brigade and Ambulance service for their support through the day another big thank you all.

The people of Skerries who came out in large numbers, in such bad weather, and gave great support to all the cyclists. 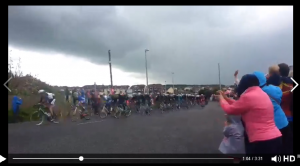 Photo: Still from a video by M. Russell

Our local media and photographers recorded the event and are very much appreciated.

My biggest thanks goes to the Chamber of Commerce for the manner in which they led the make-over of Skerries to welcome the Giro. This will put Skerries on the map with a world wide audience and will be a big help with future tourism.
My best regards