Sunday 11 May 2014 will be a great day for cycling enthusiasts, and a chance to show off your pink and orange T-Shirts!

First the Cycle against Suicide ending in Skerries, thanks to the Skerries Cycle Against Suicide people (ORANGE for that, please, around 11.45 / 12 noon), and then on with the PINK for the Giro Start 2014 hitting Fingal County Council from 1.30 p.m. (though probably a little after that for Skerries).

And all this just two weeks before the annual Irish Cycling Road Race, The An Post Rás, celebrates its 9th consecutive year of ending in Skerries! 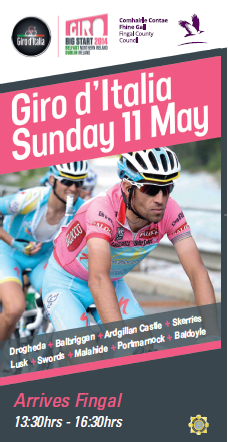 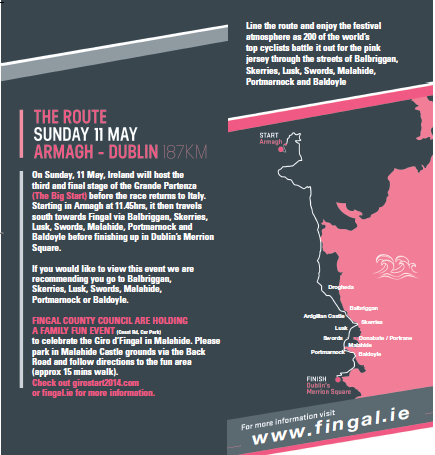 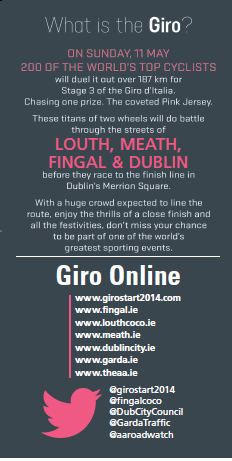