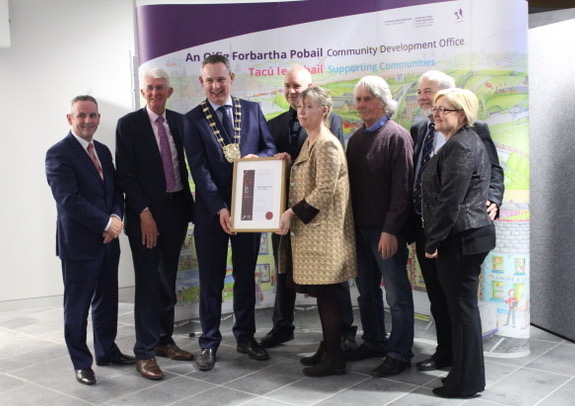 The event took place in The Atrium, County Hall, Swords on Tuesday, February 28th.  At the event, all three groups who represented Fingal in the 2016 Pride of Place Competition were recognised for their great achievements.

Next up came presentations to the three groups in recognition of participating and representing Fingal. All three groups were invited to say a few words as to their experience of having participated in Pride of Place 2016. Each group were photographed and then group shots were taken.

The Tower singers entertained and refreshments were much appreciated to round off a very enjoyable evening.

Many thanks to all who organised a very pleasant evening